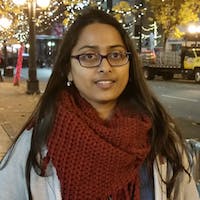 Subscribe to my newsletter and never miss my upcoming articles

In this post we will mainly focus on explaining how the scripts can be included using the java script.

Scripts included internally and externally into the html pages are enclosed within the <script> and </script> tags. Wherever the logic is required at that position the scripts can be embedded in the html page. For example
<html>
<body>
<script>
document.write(“<h1>Welcome to my page</h1
</script>
</body>
</html>

The same above content can be included externally to the html page by saving the line or the content between the scripts tags in a file as filename.js

<html>
<body>
<script src=”filename.js”></script>
</body>
</html>
The script can be placed in the head or the body section, it functions at the place where it is placed.

Just like any programming language, javascript is a lightweighted language which supports the display of outputs as shown above to the web page and processes the input, supports comparison operators, if condition statement and loops as well.

Generally in any programming language, the most common used operators are:

Apart from these operators, java script also supports operators ===, which means it checks not only for the value but also for the type. When both are same, then only it passes as true, same goes with !== means it not equal to value and type as well.

Iteration statements have their own place in any programming languages, similarly in java script we have:
for loop:
Example:
for(var i=0;i<arrayname.length;i++)
{
document.write(arrayname[i]);
}
while loop
while(condition)
{
block of statements to be executed
}

We divide the program into a block of statements and call it wherever necessary any number of times, without repeating the lines of code at each place with the help of functions. The syntax for the usage of functions in java script is:
function functionname(argument1, argument2,..)
{
block of statements to be executed;
return value;
}
This function can be called included in the rest of the script where it needs to be called and so in the html page as well. The return value, arguments of the function are optional, which can be used as per the logic. However when calling the function the number of arguments and the order of arguments should be correct. The return statement return the value to the place where the function is called.

This is a very brief summary of the concepts of javascript, it has a vast list of features it could provide with its usage which can be explored more at your interest.